Why the U.S. Must Join the New Silk Road—
A Turning Point in World History 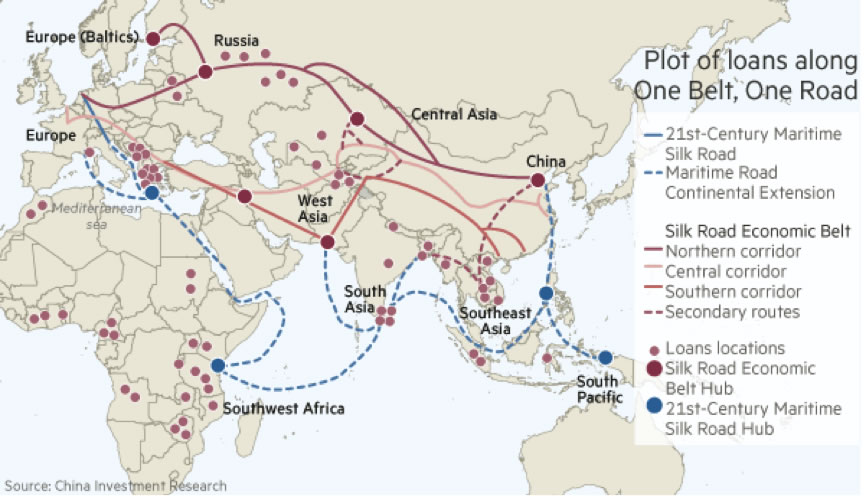 With President Donald Trump traveling to Asia for almost two weeks in November, including a state visit to China, the stakes couldn’t be higher. Trump will be traveling with a number of American businessmen and manufacturers, who are hoping to expand trade opportunities with China, and to become participants in the global projects of the Belt and Road Initiative (BRI), otherwise known as the New Silk Road.

Helga Zepp LaRouche has emphasized that the success of this tour by Trump would consolidate a cooperative alliance between the U.S., Russia and China, which would spell the end of the imperial, unipolar geopolitical order run by neocons and neo-liberals, which has put the world on the edge of global economic collapse and World War III.

Sadly, few people in the West are aware of this potential historic breakthrough. The only “news” available to those in the Trans-Atlantic region is the latest unconstitutional provocations of the legal assassin, Robert Mueller, who is the point person for a desperate effort by the London-centered oligarchs intent on stopping the momentum of the BRI, and prevent Trump from succeeding in bringing in the U.S. as a partner.

Join us on December 2, as Michael Billington, Asia Desk Editor of the Executive Intelligence Review (EIR) magazine, co-author of the EIR special report, The New Silk Road Becomes the World Land-Bridge, and a former political prisoner, who was prosecuted by the "Get LaRouche Task Force", in which "amoral legal assassin" Robert Mueller played a prominent role, will discuss the 40 year history of the evolution of the New Silk Road and World Land-Bridge concept as developed and promoted worldwide by the LaRouche movement's Schiller Institute.

Renaissance and the Struggle of Ideas Presentation by Michael Billington to Conference: U.S.-China Cooperation on the Belt and Road Initiative and Corresponding Ideas in Chinese and Western Philosophy 4/13-4/14/2017 NYC

“The New Paradigm: Russia, China, and the ‘American System’” Presentation by Michael Billington to Conference: Humanity at the Brink: The US Must Join the "Greater Eurasia Project", July 23, 2016, Seattle