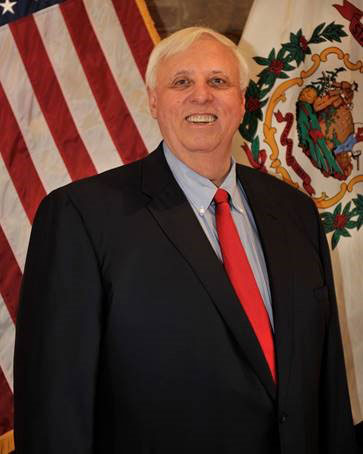 Nov. 21, 2017 (EIRNS)—Gov. Jim Justice (R-W.Va.) held a press conference on Nov. 20 to discuss the $83.7 billion in deals that the state had entered into with China, which were signed during the recent visit of President Trump to China. Although the deals include both low energy-flux-density extractive shale gas projects as well as higher-tech chemical manufacturing projects, the press conference was notable for the optimism that the China-U.S. deals have unleashed not only in West Virginia, which has the third-lowest median income in the United States, but in many states across the country.

"Incredible things have happened again to West Virginia. We are truly on our way. We are doing what I truly believe is the right thing for our citizens. It gives us jobs, and it gives us hope. It gives us real life.

"You know, when I rolled in here [was elected], there was a pretty disastrous situation, to say the least. I had inherited a $500 million deficit. We had drained ‘Rainy Day’ (funds set aside for future problems). We couldn’t go back to ‘rainy day’.... The coal business was dismal. What are you gonna do?..."

The Governor said he ordered his cabinet to

"Go find jobs for West Virginians.... We kept working. We had the opportunity to go to China and Japan in March. The Chinese said ‘We want to respond to President Trump’s challenge to balance out our trade imbalance.’"

Governor Justice stated that the deal was not based on extraction of natural resources, but on the value-added of products produced from the shale in West Virginia. This will meet the state’s long-unfulfilled desire to "go up the value chain," he argued, and sell value-added products, not extracted raw materials like coal.

"The manufacturing will increase the demand for electricity. The extracted energy will be made into products that China can buy. We will be using our energy here to make something here. We will create manufacturing here. Manufacturing from shale left with natural gas liquid, building blocks for polymers and plastics."

President Donald J. Trump and Chinese President Xi Jinping witnessed West Virginia Secretary of Commerce H. Wood Thrasher and China Energy President Ling Wen sign a Memorandum of Understanding for the $83.7 billion project between China Energy and the state of West Virginia. This was the largest single investment in a series of projects that U.S. corporations and other states signed with China, totaling a reported $253 billion of investment in the United States.