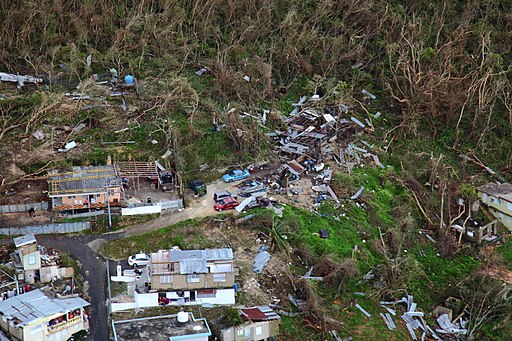 Nov. 2, 2017 (EIRNS)—For the first time since the disaster of Hurricane Maria, the Wall Street-run financial control board overseeing Puerto Rico’s finances met on Oct. 31—appropriately on Halloween—to tell the Rossello government that it must come up with a new fiscal plan by Dec. 22, to show how it intends to "turn around" the economy.

Gov. Rossello, meanwhile, was on Capitol Hill yesterday with his cabinet, meeting with Congressmen and administration officials to emphasize that Puerto Rico needs "billions" more in emergency funding before the end of the year.

Even with the incredible destruction wrought by Maria, the control board says, insanely, that the new plan is supposed to focus on promoting new investment through pension reform and corporate tax reform—austerity, privatization, etc. As board member Jose Ramon Gonzalez put it, National Public Radio reported,

"Like it or not, the government will have to make potentially serious rightsizing decisions in accordance with the more limited resources ... that it will face."

At the same time, using the bogus issue of the now-canceled $300 million contract which the bankrupt Puerto Rico Electric Power Authority (PREPA) granted to the small Montana firm Whitefish Energy, the board gave itself the authority to approve all contracts the government might grant of $10 million or more. Sen. Ron Johnson (R-Wis.), chairman of the Homeland Security Committee, told El Nuevo Dia that after the Whitefish "scandal"—the company is portrayed as unscrupulous—any monetary allocation to Puerto Rico will be "subject to stricter controls."

Governor Rossello is challenging the control board’s right to name retired U.S. Air Force Col. Noel Zamot, a privatization fanatic, as the emergency manager of PREPA, which the board did using the Whitefish contract as a pretext. Zamot has to be approved by New York-based bankruptcy judge Laura Swain, and Rossello says he will fight this in court. His liaison to the board, Christian Sobrino, said at the Oct. 31 meeting, that if this is approved, it would mean the board can replace any Puerto Rican government official, any judge, any legislature, "maybe even the Governor."