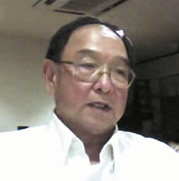 Sept. 12, 2017 (EIRNS)—Pakdee Tanapura reported back today on the highly successful conference on the Thai Canal (Kra Canal) held on Monday, Sept. 11 in Bangkok. Over 250 people attended, including economists, scientists, officials, scholars, military and business leaders. Everyone was very moved by the enthusiasm of the speakers. He singled out the representative from Panama, who spoke on the history and the recent widening of the canal. A group of 30 community representatives from the south travelled to Bangkok to give support, and to refute those trying to stir up opposition on environmentalist and human rights grounds from the southern population.

There was no official government representation, which was somewhat expected, but the members of the Privy Council and the very high-level retired military leaders emphasized that the situation is ripe, and the government can and should join the effort. A former Supreme Commander (General Saiyud, who had also spoken at the 1984 conference with Lyndon LaRouche) suggested that the project be proclaimed a Royal Project, in order to avoid the political problems. Four Chinese speakers made it clear that China is just waiting for the government to endorse the project for them to fully engage.

No one from the U.S. Embassy attended, despite invitations, although the Indian Embassy and others did send representatives.

Several Chinese press were in attendance, and are expected to post articles soon. The Singapore-based China News Asia filmed the entire event and held interviews with several speakers, and plan to do a major story (Singapore has generally played the British game of opposing the Kra Canal, claiming it will undermine its strategic position—i.e., the British strategic position—on the Malacca Strait).

Another forum focused on the financing of the project will be planned soon. Tanapura believes the conference generated significant momentum and enthusiasm which will be hard to suppress.

Changing the World with the Kra Canal Video of conference presentation, Apr. 7, 2017 NYC