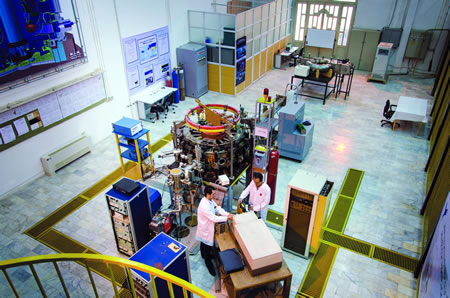 Sept. 9, 2017 (EIRNS)—The National Academy of Sciences released its report yesterday, "U.S.-Iran Engagement in Science, Engineering, and Health (2010-2016)." This is a large-scale program, begun in 2000, that is virtually unknown outside the circle of participants in the scientific community. It has been blessed by the State Department, and supported by U.S. universities, and institutions in Iran.

The Summary of the report states that activities have included exchange visits to Iran and visits by individual Iranians to the U.S., American scientists participating in international conferences in Tehran, and joint workshops in both countries, and in third countries. Since 2000, more than 1,500 scientists, engineers, and medical professionals from about 120 institutions from both countries have participated.

Both countries see science engagement as "promoting a common objective of the two governments, namely to support constructive science diplomacy." The report notes recent policy developments in Iran, such as "broad efforts of the Iranian government to develop a knowledge-based economy." This has included an expanded role for the Vice President for Science and Technology, an annual budget of $500 million, student enrollment of more than 4.5 million, and the encouragement of non-government technology-oriented small firms. With the election of President Hassan Rouhani in 2013, the report states, "new opportunities for sustained engagement emerged."

The major areas of joint research include: water resource management, earthquake preparedness and management, math education, and various urban and natural resource challenges. The Academy wants to broaden the areas of research. One of the recommendations, is to "encourage publicity for positive results from joint efforts."

For the future, the Academy underscores the importance of "more concerted cooperation with Iran by the international community." The political opposition to the Iran nuclear agreement, on both sides, means that it will be even more important to justify funding for the cooperative work, for projects that are "a significant approach in transcending the U.S.-Iran political stalemate."

Iran at the Crossroads of The Eurasian Land-Bridge