What Just Really Happened in China?
You Have to Find Out for Yourself!

A PDF version of this editorial appears in the November 24, 2017 issue of Executive Intelligence Review and is re-published here with permission. 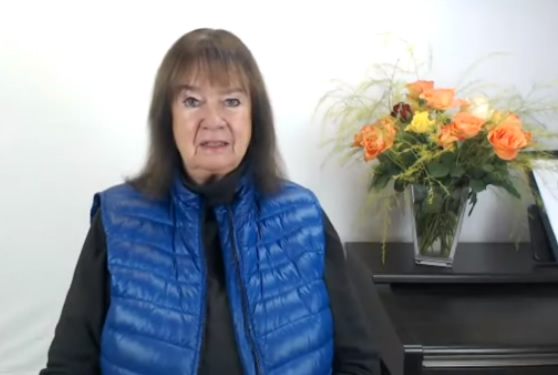 Nov. 16—Helga Zepp-LaRouche, the founder of the Schiller Institutes, today called on the American people to disregard the press blackout and the lies by the U.S. and European media about President Trump’s China trip—and instead to find out for themselves the truth about the historic development that took place there. Speaking on her regularly scheduled weekly webcast Zepp-LaRouche said:

“I think it’s very important that our U.S. viewers and businesses around the world really take a look at this yourself; do not go by what the media are reporting. Try to get the speeches, which are all archived; listen to them yourself. Go to Chinese television. This is really an appeal to people’s reason, not to be fooled by the media, and not to fall into the trap of Cold War propaganda. What is happening is just the opposite of what the media is saying. Please, our listeners and viewers—meaning you—take the time to inform yourself; develop your own judgement. You don’t have to believe us—but try to go to the original sources and get a first-hand opinion of what is really happening, instead of relying on the media.”

In her webcast, Zepp-LaRouche gave her viewers a short summary of what actually took place on that trip:

“I think it is the beginning of a new era of strategic relationships between the United States and China, as Chinese President Xi Jinping has said. Their characterization of what they did in welcoming Trump and giving him the highest possible honors, was that this was a ‘state visit-plus.’ President Xi even called it a ‘state visit-plus-plus.’ They rolled out the red carpet, so to speak, in a way that they have never done for any other foreign dignitary since before the founding of the People’s Republic of China.

“What they did, was they had a first day of introducing President Trump to the ancient culture of China. For that purpose, they closed down the Forbidden City for an entire day, and then they had a gala dinner in one of the palaces. They showed him three different Beijing operas, and they showed him the restoration of ancient art and crafts, and similar things. But of course, President Xi Jinping was the tour guide for all of this. Anybody who has ever read or listened to his speeches, knows that he is very well cultured in Chinese history, but also in universal history; so this was really an incredible tour. And there were other aspects of the visit, such as trade deals for $253 billion. And when President Trump came back from the Asia trip, he said that he had deals for about $300 billion, but that that was only be the beginning, and soon it would be tripled.

“But I think what was much more important, as much as the economic deals are important—I don’t want to neglect that—but I think much more deeply important was the deep human accord between these two Presidents. I’m going to do something which I normally don’t do, but given the fact that the media has distorted what happened in this visit so much—if they reported it at all—I want to read to you a passage from what President Trump said in commenting on this reception. He said:

Yesterday, we visited the Forbidden City, which stands as a proud symbol of China’s rich culture and majestic spirit. Your nation is a testament to thousands of years of vibrant, living history, and today it was a tremendous honor to be greeted by the Chinese delegation right here at the Great Hall of the People. This moment in history presents both our nations with an incredible opportunity to advance peace and prosperity alongside other nations all around the world. In the words of a Chinese proverb, ‘we must carry forward the cause, and forge ahead into the future.’ I’m confident that we can realize this wonderful vision, a vision that will be so good and in fact so great for both China and the United States.

“And then he continued:

So we come from different places and faraway lands. There is much that binds the East and West. Both our countries were built by people of great courage, strong culture, and the desire to trek across the unknown into great danger that they overcame. The people of the United States have a very deep respect for the heritage of your country and the noble traditions of its people. Your ancient values bring past and future together into the present. So beautiful! It is my hope that the proud spirits of the American and Chinese people will inspire our efforts to achieve a more just, secure, and peaceful world. A future worthy of the sacrifices of our ancestors and the dreams of our children.”

Zepp-LaRouche singled out as an example, the disparaging coverage in the German “newspaper of record” the Frankfurter Allgemeine Zeitung, which called the Chinese treatment of President Trump, “pomp” and a “Chinese deception game.”

“The true picture is not the picture of Trump you get from the media. As a matter of fact, I have never seen such an outrage and such cynicism as what is now being expressed against Trump, with the exception of what has been said against my husband. And similar treatment is being given to President Putin and President Xi. But anybody who has ever been in the Forbidden City, which was the palace of the Chinese Emperor since the 15th Century—you cannot but be impressed by the majestic architecture, the beauty of the construction, the furniture, and the whole display of Chinese art. To call that mere ‘pomp,’ just shows you how absolutely ignorant these scribblers really are.”

Zepp-LaRouche said that the promise of good relations between China and the U.S.A. being brought about by Presidents Trump and Xi, is now urgently needed. The common interest of mankind urgently requires that the U.S.A. reawaken its industries and rebuild and enhance its infrastructure. This can be accomplished if the U.S.A. joins China’s Belt and Road Initiative. Last Spring, Zepp-LaRouche had said that if President Trump joined the Belt and Road Initiative and repaired U.S. relations with China and Russia, “He could be one of the greatest U.S. Presidents of all time.” After the Beijing trip, she added, “Trump is actually doing it.”

“So, I’m confident that the opportunity is there for a new renaissance, for an uplifting of people in which the best traditions of all cultures—of all nations and cultures of this planet are revived; and out of that, the new renaissance can be created. I think that that is an absolutely realistic possibility. So, be happy and join us!”

“Now we need each of you to join a national mobilization, so that everyone can find out how historic this visit of President Trump to China actually was, what the potentials are for the American people, and why President Trump’s assailants must not succeed. Join us—the fate of the U.S.A., and actually the whole world, depends on it. Be an American, so that there can be ‘America First.’ And that is not in contradiction to what president Xi calls ‘A community of shared future for mankind.’ ”