Worldwide Refugees Now Number 66 Million:
‘The Next 50 Years of Our Planet’ 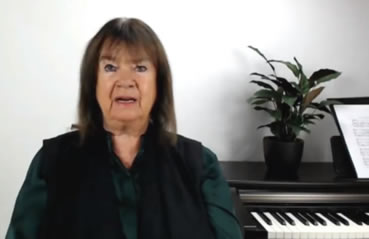 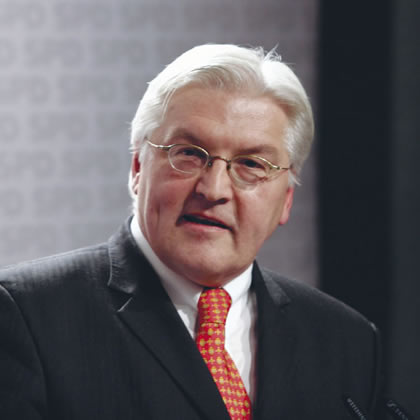 I read with great interest in your speech at the Singapore Management University on Nov. 2, that you brought up the fact that a series of lectures at six Singaporean universities is being held under the motto “Imagining the Next 50 Years—Where will we stand in 50 years?” And you commented on this with these words: “I think that’s a bold approach—and it’s something that we in Germany should do more often. We should look through a telescope into the future, rather than just looking at the very next day, the next annual balance sheet or the next election.”

To hear that from you is certainly a breath of fresh air, and one can only hope that it is strong enough to blow over to the coalition negotiations in Berlin!

On the occasion of your Singapore speech, I would like to send you the book written by my husband, Lyndon LaRouche, entitled Earth’s Next 50 Years, which he authored in 2004. In this book, he anticipates the whole currently visible shift of strategic momentum toward Eurasia, and defines the higher level of thinking with which peaceful cooperation among humanity can come to pass. Incidentally, this book is very popular in many Asian countries.

The same day that you delivered your speech to students in Singapore, UN refugee agency High Commissioner Filippo Grandi spoke in front of the UN Security Council in New York, pointing to the alarming worldwide increase in refugee numbers from 42 million in 2009 to 66 million people today, an increase of almost 70%. That’s almost as many people as live in Germany! Grandi made an urgent appeal to the Security Council to do more to address the root causes of the refugee crisis: competing interests are being settled through proxy warfare rather than diplomacy and dialogue, he said, and the focus is on short-term interests rather than long-term collective stability. “Have we become unable to broker peace?” he challenged the Security Council members. This concerns the fate of millions of traumatized children who have witnessed terrible atrocities, who have been deprived of education, and who face an uncertain future; it’s about women who can hardly care for their children, and elderly people who will have to die in a country not their own.

So the crucial question for humanity is: can the world community reverse this trend, find a humanist solution to the refugee issue, and establish real peace? In this regard, you too are personally challenged, as a former Foreign Minister and current Federal President of an important country.

Then, in your speech in Singapore, you said quite self-reflexively, “These days, many people look at the European Union or the United States and say: ‘Well, this doesn’t look very harmonious.’ And many people look at China and see stability and economic growth—without a movement towards greater political freedom. So China poses a challenge to the West—not only an economic and geopolitical challenge, but also an ideological challenge.”

This is undoubtedly true, but perhaps in a different way than many think in the West. What few in the West have begun to undertake, even in a rudimentary way, is an honest analysis of why things in the EU are not so harmonious, and to attempt to understand why there is growth and stability in China, and why the Chinese may be more politically free than most people in the West. (Okay, I can almost hear the readers groan already. I’m sorry, but we do have to go through this.)

Two days before your speech, President Xi Jinping presented his perspective for President Trump’s upcoming state visit to China to the advisory board of the prestigious Tsinghua University School of Economics and Management, which also includes high-ranking U.S. citizens. The development of China, he stated, which has both reaped the benefits of globalization and contributed to its success, is a great opportunity for the world. The opening of China does not represent a zero-sum game, but rather the chance for win-win cooperation. During President Trump’s upcoming state visit, he went on, China is ready to work with the U.S. and look far into the future, setting high goals, taking mutual interests and concerns into account, and working together to facilitate mutually beneficial cooperation between the two countries. China will seek a community for the shared future of humanity.

China has been developing ideas for the future of the next 50 years, at least since President Xi Jinping’s inauguration in 2012. That was the main theme at the 19th Congress of the Communist Party, which has just taken place. There, Xi developed the perspective for shaping a better and more beautiful future, not just for China, but for the whole world.

However, Xi has always emphasized that China does not intend to export its political and social model to other countries (as the West is constantly trying to do), but only to help in their economic development through investment in infrastructure, industry and agriculture. With the Silk Road Initiative over the past four years, Xi has launched the largest infrastructure program in history, in which 70 states are already cooperating. It is undoubtedly the most important strategic initiative, because in its conception of mutually benefically cooperation lies the basis for overcoming geopolitics.

In view of the negative coverage of Trump in the German media (Second TV Channel ARD: 98% negative comments), it is perhaps surprising for the people here in Germany that both President Trump (who speaks of the relationship between President Xi and himself as the best between any two presidents) and his White House chief of staff, John Kelly, have a much more tolerant relationship with China. Kelly underscored in an interview with Fox TV that it was not the job of the U.S. to judge Beijing. China obviously has a system of government that works for the Chinese people, he added.

The Chinese newspaper Global Times, which is close to the government, commented on this interview by saying that what Kelly said was not something the Western elites wanted to hear from a senior member of the U.S. administration. Global Times continued:

For a long time, some Americans and Western people have been brainwashed by the Cold War era. They have lost the ability to assess and embrace the new reality. In a fast-paced world, China-U.S. relations have evolved differently from the previous mind-set. But they cannot understand the new world order at all and still measure relations between the two nations with an old yardstick. The old way of thinking is stubborn. . . .

Speaking to the Tunisian Parliament, the President of the European Parliament, Antonio Tajani has just pledged that the EU plans to increase the budget for investment in Africa from the current €3.7 bili 3.7 billion euros to 40 billion. In his view, Europe must opt for a true Marshall Plan for Africa if it wants to prevent millions of people from coming to Tunisia and continuing further. Mere words cannot convince migrants to stay at home, he said, they must have the chance for a decent life.

“Ye come late, but ye come,” one can only say along with Illo from Wallenstein; if the EU finally adopts a more reasonable Africa policy, one could only welcome it. But if this is only based on the old mind-set, that one must counter the Silk Road policy of the Chinese in Africa with “our own path,” as some Europeans have said, then this attempt will fail. Because the “spirit of the New Silk Road” is contagious, whereas insisting on bureaucratic rules that hide geopolitical intentions is not.

Now that some of the machinations of the Democratic Party leadership and Hillary Clinton’s election campaign have come to light in the U.S.—manipulation from above instead of democracy, and collusion with British and U.S. intelligence services against the political opponent, Trump—it is high time that we not only rethink what is not harmonious in the Western system, but also why the Chinese system has led to growth and stability. The ideological challenge with respect to China that you speak of, involves recognizing that emphasis on the common good may represent a value just as high as individual freedom. And this does not have to be a contradiction if, like Friedrich Schiller, one thinks that freedom lies in necessity.

If, as a Federal President, you want to give a signal for the next 50 years, then you should take up and welcome China’s offer for cooperation in the New Silk Road!

Helga Zepp-LaRouche is the founder of the Schiller Institutes.

TRANSCRIPT:Helga Zepp-LaRouche Webcast 10/26/2017: What’s Really Happening in China And What It Means for Americans

In the Face of the Refugee Crisis: Realizing a Grand Vision

Obama Is to Blame for the Refugee Catastrophe; We Urgently Need A Coalition Against ISIS!

Earth’s Next 50 Years on Google Play