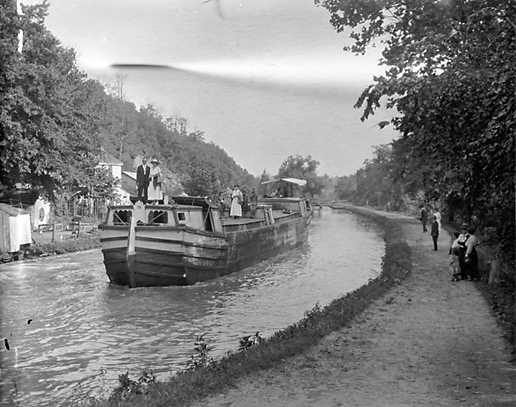 The United States faces a crisis -- no national credit institution, monetary chaos, parasitical speculation, collapsed production and poor infrastructure.     Hamilton's American System policies have been reversed.  The lack of a national bank, the dumping of goods at below the cost of production, and the lack of credit leave the country in a virtually feudal condition.   You may think we are talking about the United States of 2017, but this is also the United States of 1817.

A few poor roads linked the coastal cities.  The thinly populated new Western states were accessible on horseback across the mountains.  Midwesterners could get to the East Coast by somehow reaching the Ohio River, drifting through rapids to News Orleans, and taking an ocean voyage.  Little isolated charcoal-stoked foundries yielded less metal than 150 years earlier in the Massachusetts Bay Colony.

How did the United States go from this miserable condition to the become the greatest industrial power on the planet?  This "economic miracle" was created by the policies of President John Quincy Adams (1825-1829).  Using the same policies today summarized in Lyndon LaRouche's Four Laws, Adams reversed the collapse and began the industrial development of America.  Evelyn Lantz will discuss what he did and how he did it.