President Trump’s historic state visit to China, highlighted by a deepened relationship with President Xi Jinping and by $250 billion dollars in economic deals, opens the door to a dramatic change in the direction of civilization.  For decades, Lyndon LaRouche and Helga Zepp-LaRouche have fought to bring scientific policies of economic development to the world and, now, such policies are within mankind’s grasp, finally freeing the planet from the scourges of imperialism (today called globalization) and monetarism.  In 2013, LaRouche’s publication released the blueprint from such development, in the report entitled “The New Silk Road Becomes the World Land-Bridge.” The same year, China’s President Xi Jinping declared that the New Silk Road was the official policy of China, and in May of this year, Xi hosted the international “Belt and Road Forum” attended by 110 nations.  That summit established the “New Silk Road” paradigm as the dominant force in the world. And now, it is on the verge of become the framework for a transformative policy shift in the United States. 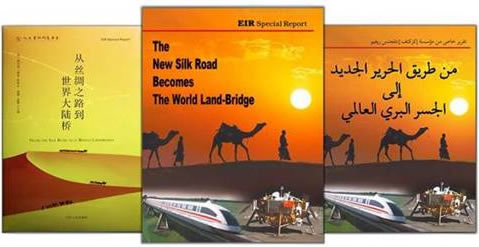 But the opponents of that transformation have not stopped their attacks.  While LaRouche PAC’s expose of Special “Persecutor” Robert Mueller (http://r.schillerinstitute.org/strategic/2017/09/29-boyd-mueller/bm.html) has significantly slowed the assault on the President, it has not eliminated it.  And while Presidents Trump and Xi have laid the basis for cooling off many of the world’s hotspots, the British globalists are still using their Saudi puppets to keep the Mideast in a state of potential war.

On November 18, the Schiller Institute will present the two alternatives before the United States: LaRouche’s economic policies as embodied in the New Silk Road paradigm versus British geopolitics, as exemplified by the Saudi war of genocide in Yemen.  Stay tuned for a surprise guest speaker.

TRANSCRIPT: Helga Zepp-LaRouche Webcast 10/26/2017: What’s Really Happening in China And What It Means for Americans

Robert Mueller Is an Amoral Legal Assassin: He Will Do His Job If You Let Him