Will Americans Heed the Wake-Up Call from Houston? 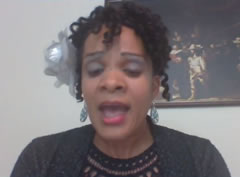 Im standing right here in a grocery store. You look at the conditions. . . Now theyre talking about how the water supply in the Houston area might be compromised; we dont know how far that goes or how serious it is going to get, but you have lines in the grocery store that are back out the door and wrapped around the grocery store building, with hundreds of people waiting to buy groceries, to buy food, because they have been out of food supplies for a very long time. I was standing in line, talking to people who have lost their homes, lost everythingthey had water in their houses coming all the way up to their chestsand these were people who were able to get out with family members, who were rescued and taken to other locations.

In talking to some of these people on the ground here about this situation, what is obvious is that this is not going to be a quick fix herethis is not just about infrastructure breakdown, but youve got tens of thousands of people who have just lost everything. It makes the point very clear how important it is that our solution, including Glass-Steagallthe economic recovery program that Lyndon LaRouche has put on the tablecannot be just a piece of legislation that people get to when they get to it. I dont think you can simply say Its going to cost $300 billion or $200 billion, or whatever number theyre putting out. It really has to be a federal credit program, to do everything that has to be done to put people back into living conditions, such that they can have homes and have a life again. This is not about how much insurance policy was lost. . . The main thing is that this is a wake-up call. Were going to have a lot of leadership to provide, a lot of work to do, not just to build up this state, but to use this as an opportunity to build up the nation.

We Must Measure Up to the Challenge

The world is watching the devastation in Houston, and the American people are watching. Some are responding with volunteer labor, with donations, and with other charitable actions. But what have the American people done to prevent such disasters? Houston is notoriously unprepared to deal with flooding even during annual storms, let alone hurricanes or the current 1,000-year flood. Already in 2012, five years agothe American Society of Civil Engineers gave the city a C-minus on its report card regarding flood control. The two primary flood control dams for Houston, both on the verge of overflow or even collapse in the current storm, were built in the 1940s, and are twenty years past their life expectancy.

Houston is no different from essentially every part of these United States. Our greatest city, New York, is undergoing a general breakdown in transportation, sanitation, water, and morea reality addressed on Aug. 26 at a LaRouche PAC forum in Manhattan. The infrastructure deficit has created powder-kegs across the nation, only needing a spark to set them off, as we saw with Hurricane Katrina in New Orleans, with super-storm Sandy in New York City, and with the drought in the Southwest.

American infrastructure is collapsing, and has been for years. As emphasized by Kesha Rogers, the issue is not about dollars and cents, but about human lives, and the futures of millions of families who are now suffering or at risk. We, as a nation, have sat by and let this disastrous situation come to this point.

Compare this American inaction to the Spring of Hope vision that is becoming a reality as the New Silk Road is bringing large-scale infrastructure across Asia, Africa, and Ibero-Americainfrastructure which was denied them throughout the colonial and post-colonial eras. In particular, two of the Great Projects proposed by Lyndon LaRouche over the past decadesthe Kra Canal in southern Thailand, and the Transaqua project for the replenishing of the nearly-depleted Lake Chad in Africa through diversion of water from the Congoare now close to being launched. In both of these Great Projects, the role of Chinas Belt and Road Initiative is the central driving force, viewing mankind not as subjects of an oligarchy, but as the reason for the existence of governments.

Why cant the United States and Europe participate in this world-changing development process? The only reason is the continuing power of the bankrupt financial empire centered in London and New Yorkthe degeneration of the Western banking system into a sprawling gambling-casino, only willing to invest in speculative binges, driving an ever-greater decay of the physical economy and the standard of living of the lower 90% of the population. This is the dreadful reality which brought about the election of Donald Trump. This is also the reality which is driving the ongoing coup attempt against President Trump by the powers of London and Wall Street and their slavish, totally-owned political leaders and media whores. The same financial and media elites now pushing for Trumps ousterthese are the same people who demand, The United States must not be allowed to join the New Silk Road; the government must not interfere in Wall Street. And these are the same moneyed interests who are conspiring for U.S. war preparations against Russia.

Houston must serve as a wake-up call. Many Americans will actbut even the courage being shown daily in the rescue of stranded neighbors is not enough. We must also, finally, act to restore the Public Credit System of Alexander Hamiltonand the only way to do that is through the implementation of the policies enunciated in Lyndon LaRouches Four Laws. The necessary steps, as elaborated by LaRouche, must be taken. The only way to prevent more Houstons is to generate the credit needed to rebuild our cities at a modern level: our transportation networks, water systems, power generation, and schools and hospitals. As Helga Zepp-LaRouche said at the Aug. 26 Manhattan forum on the infrastructure crisis, Why not build 50 new cities? China has done it, and is taking it around the world through the Belt and Road. We can, and must, join them.

The Four Laws of LaRouche and Hamilton Nov. 2016

IT IS EHRICKE’S POLYGLOBAL WORLD: A New System of International Relations Emerges Everywhere on the Planet

Beijing Belt and Road Forum Launches ‘Project of the Century’

New Silk Road Goes Global, Including in the U.S.— This Is the Reason Trump is Under Attack